If your kids are anything like mine, the talk about Santa has probably started in your house.

Luckily for us here in Winnipeg, Santa will be making several local appearances over the coming weeks. Being new to the city, I reached out to Santa’s head of events who helped me put together this great list! If you have any that I’m missing, definitely let me know and I will update.

Here’s a round-up of his upcoming appearances so you can get out to see the big man in in red in person.

Bundle up your crew and join the festivities with the parade starting at 5pm at Portage & Young, continuing along Portage ending at Westbrook. According to their website it will take about an hour from the first float until the last with the jolly man himself! Santa reaches end of the route at Westbrook at approximately 6:50pm.

Come early and start the party at 2pm at Santa’s Workshop.

If you would rather enjoy the parade in the warmth of your home, make it party, event some friends and family for your own festivities  and tune in watch the parade on CTV. They will stream live at 5pm with the highlights at 6:30pm. 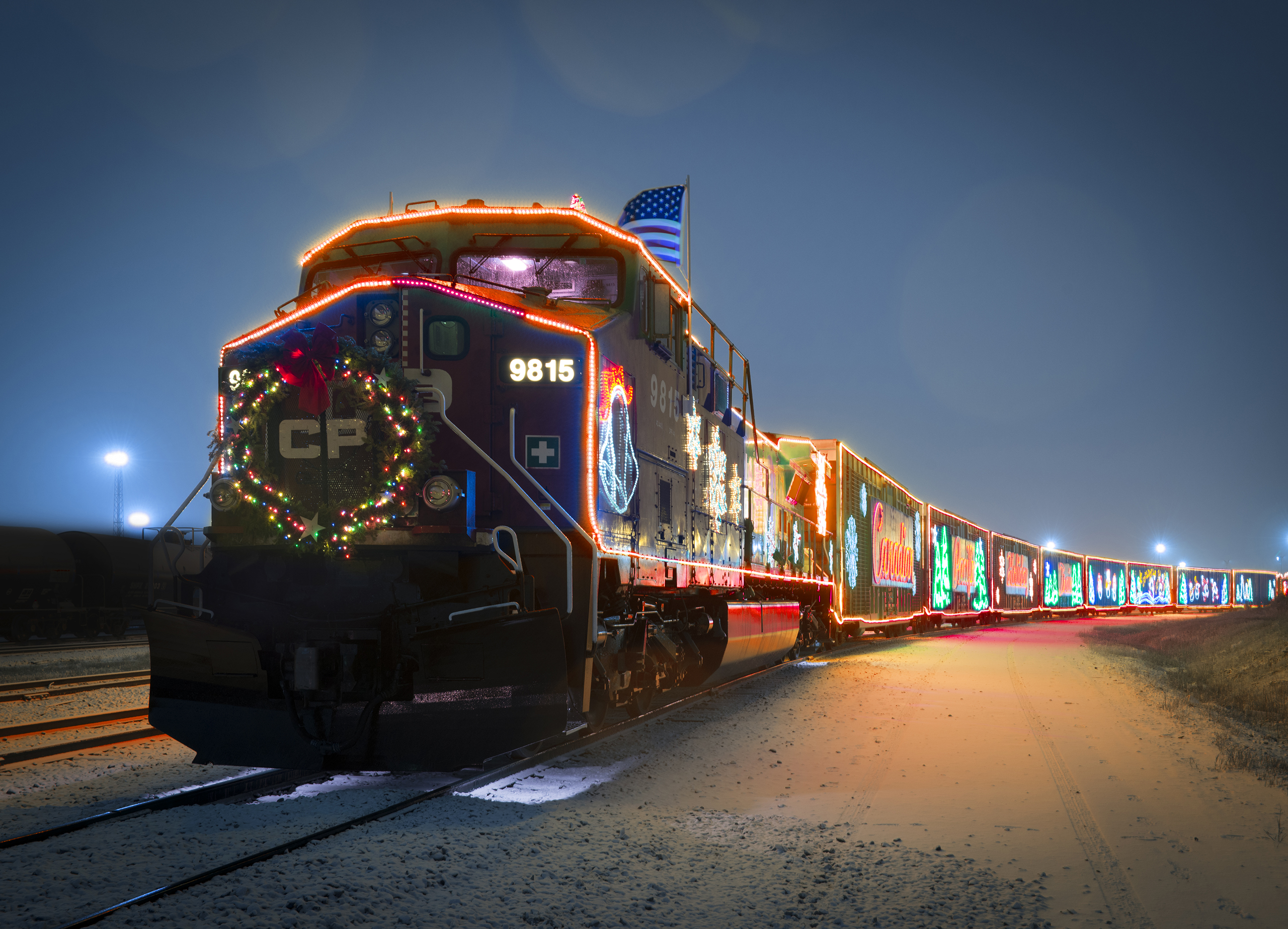 Knowing how much my son loves trains, my father in law sent me this incredible national event.    Not sure if I will be keeping my 5 year old up hours past his bedtime but having gone to it in Toronto, it’s so worth it!!! The Canadian Pacific Holiday Train, is a real train that visits over 150 communities across North America. With brightly lit festive box cars and a great line up of musical talent, the goal of is to collect food and money for local food banks while raising awareness of the fight against hunger (while delighting local children in the process). According to its website: since 1999, the Holiday Train has raised more than CAD $15.8 million and 4.5 million pounds of food for North American food banks. Everything raised in a community stays in that community. In addition, CP makes a donation at each stop.

The CP Holiday Train will make its only Winnipeg stop at the grade railway crossing on Panet Road & Molson Street at 9pm with the festivities from 9:15 to 9:45pm. Scott Helman and Madeline Merlo will perform!

I have yet to go but have heard amazing things about FortWhyte Alive. For the holiday season, they have a few events with jolly Santa:

Santa in the Forest where Santa will make three special appearances (November 23, 24 & December 1) with photographers on hand to take a family portrait in the forest. Santa will be on hand for your little one(s) to share their wishlist.

Breakfast with Santa takes place December 14th from 10:00 am – 1:00 pm. Enjoy a delicious buffet breakfast at the Buffalo Stone Café and meet the man in red himself, Santa!

The Assiniboine Park & Zoo Zoolights Festival is one event this Griswold loving family won’t be missing! According to the website, it will feature thousands of light installations brought to life in a magically illuminated winter town: Polar Town. Zoo Lights Festival will feature interactive experiences, entertainment, a Third + Bird market, great food, and much more! This event runs from November 30th to January 5th with Santa visiting November 30th – December 23rd.

Lights of the North

This indoor light festival and Christmas market is the perfect event for the cold winter… it’s indoors! With plenty to do in the Hudson’s Bay building downtown at 450 Portage, including exhibits, light tunnels, music, food, kids areas and visits from Santa and his elves.

While there is no actual mention of Santa making an appearance, when I think of the magic of Christmas there is nothing more special than the shop windows of major department stores. As a child I have fond memories of see the Eaton’s and the Bay’s vignettes in downtown Toronto and as an adult my dream was to visit New York City at Christmas to see the shop windows and displays which my husband surprised me with years ago. The Manitoba Children’s Museum has recreated those memories and is home of the last original Eaton’s Fairytale Vignettes Display from the ninth floor annex of the Eaton’s downtown store. Visitors will experience the magic of fifteen vignettes including Cinderella, Humpty Dumpty, Three Blind Mice, and more.

One of our family traditions, because we are part Griswold, was to travel throughout the greater Toronto area looking for the best Christmas light displays. Happy to say our house was definitely part of it, along with our immediate neighbours, so much so, the locals in our area renamed our part of the street Coney Corner Christmas! When we were looking at houses here in Winnipeg, our real estate agent mentioned the infamous Polar Bear Lane and Candy Cane Lane! We were totally excited! So, warm up your car, put on your matching family Santa hats and travel over to Hennessey Drive and Foxmeadow Drive.

View all posts by Erin Martin →